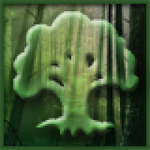 A fan of the Natsume Yuujinchou series, and an admin of this site, I'm currently acting as only the "site manager". If need be, I'll act upon with my adminship to put down any negative riots.

Japanese-born, I lived in the States from mid-August 2007 until late-December 2012. I went to the USA to study in a higher level education, and attended Stanford, which was where I finished multiple majors before the end of 2012. I had completed my goal in being in the States. Upon a job offer that was back in Japan, I’ve returned back to Japan. I’m also to-be-married, although it will be in over a year (time not decided).

I speak fluently in many languages, but I am most well versed in both Japanese and English. Other languages include French, German, Russian and Italian. I have mastered many martial-arts of verying background, along with making my own martial-arts, though it shall remain my own personal art. I still am exploring some martial arts that I have yet to try.

Back in the States, I used to work as the head chef of a nearby restaurant, part-time as a computer engineer and assist professors at Stanford.

If you wish to know more about me, please ask.

Retrieved from "https://natsumeyuujinchou.fandom.com/wiki/User:GreenMoriyama?oldid=12568"
Community content is available under CC-BY-SA unless otherwise noted.