The Book of Friends, known as "Yuujin-chou" (友人帳), is an old-aged book belonging to Reiko Natsume. It contains the names of Youkai she has defeated and serves as a book of contracts made between Reiko and those Youkai.

Reiko had created the Book of Friends in order to express her frustrations and hatred of Youkai, prompted by her ability to see and react to Youkai that would cause the constant contempt and mistreatment from humans who'd shunned her and cause her to feel lonely.

She would challenge Youkai she encounters to various types of competitions, such as duelling. Those who lost .As proof that they had become her followers, they were forced to write their name on a slip of paper, therefore bound to their master's every will. The book contains the names of both weak and powerful youkai, making it a common target for power-seeking Youkai. Just by having their names in the Book of Friends, the Youkai can easily be commanded to do anything the Book's owner wishes, or killed. Owning the Yuujinchou is said to be like holding the youkai's lives in the master's hands. Hence, Youkai seek to have their name returned.

After Reiko passed away, Takashi Natsume, her grandson, inherited the Book. After coming to live in Reiko's hometown with the is main goal is to return all of the names of the Youkai whose name is within the book. To return the names, Reiko's saliva and breath are needed. This feat is possible for Takashi because he is directly related to her. Firstly, the youkai's image or name is pictured. The Book of Friends will automatically turn to page with the youkai's name. Then, the paper is placed deep in the mouth. Concentrate, then exhale at once and the name flies out from the paper and returned to the owner.

The book at the start of the series had many names, reaching probably above a hundred, but this number decreases over time as Natsume returns each name, much to Madara's dismay.

So far the names of the youkais in the Book of Friends are shown to be readable to only the Natsumes and youkai. They cannot be read by normal humans, instead they look like scribbles to them. It is unknown whether or not they can be read by humans who can see youkai, like Natori Shuuichi and Matoba Seiji, as neither of them have ever been shown reading the Book of Friends.

As mentioned by Natori in Chapter 62, when making a contract between master and servant, the master has to give the youkai another name. The master must never bind the youkai by their real name, or the youkai would have to obey their master's every command, and their lives can even be taken easily. This act is forbidden by the exorcist association, as it is cruel and dangerous. Therefore, the Book of Friends is actually deemed forbidden. Natori also mentioned that making a contract this way needs a huge amount of spiritual power, so it is nearly impossible, but not for Reiko, who possesses great spiritual power. It is unknown if Reiko is aware that the Book of Friends is forbidden.

After Reiko passed away, the Book of Friends was then inherited by her grandson, Natsume Takashi, who is now the current owner. Takeshi preserved the book without knowing it's true history, leaving it idle with his belongings.

It is currently unknown whether Reiko's daughter, or Takeshi's mother, knew of the book. 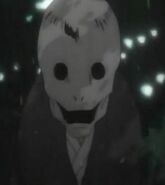 Misuzu (Allowed his name to be kept in the Book while it's in Takeshi's care.) 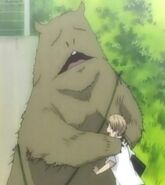 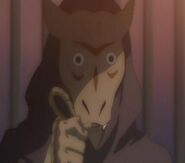 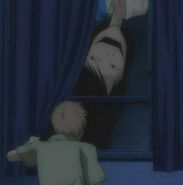 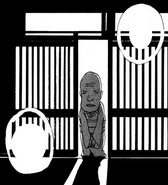 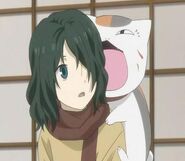 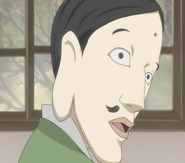 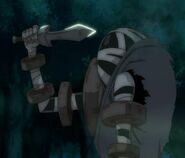 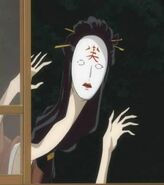 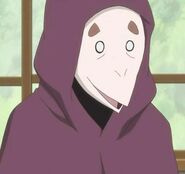 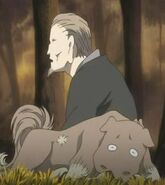 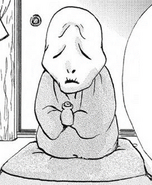 Monmonbō
Community content is available under CC-BY-SA unless otherwise noted.